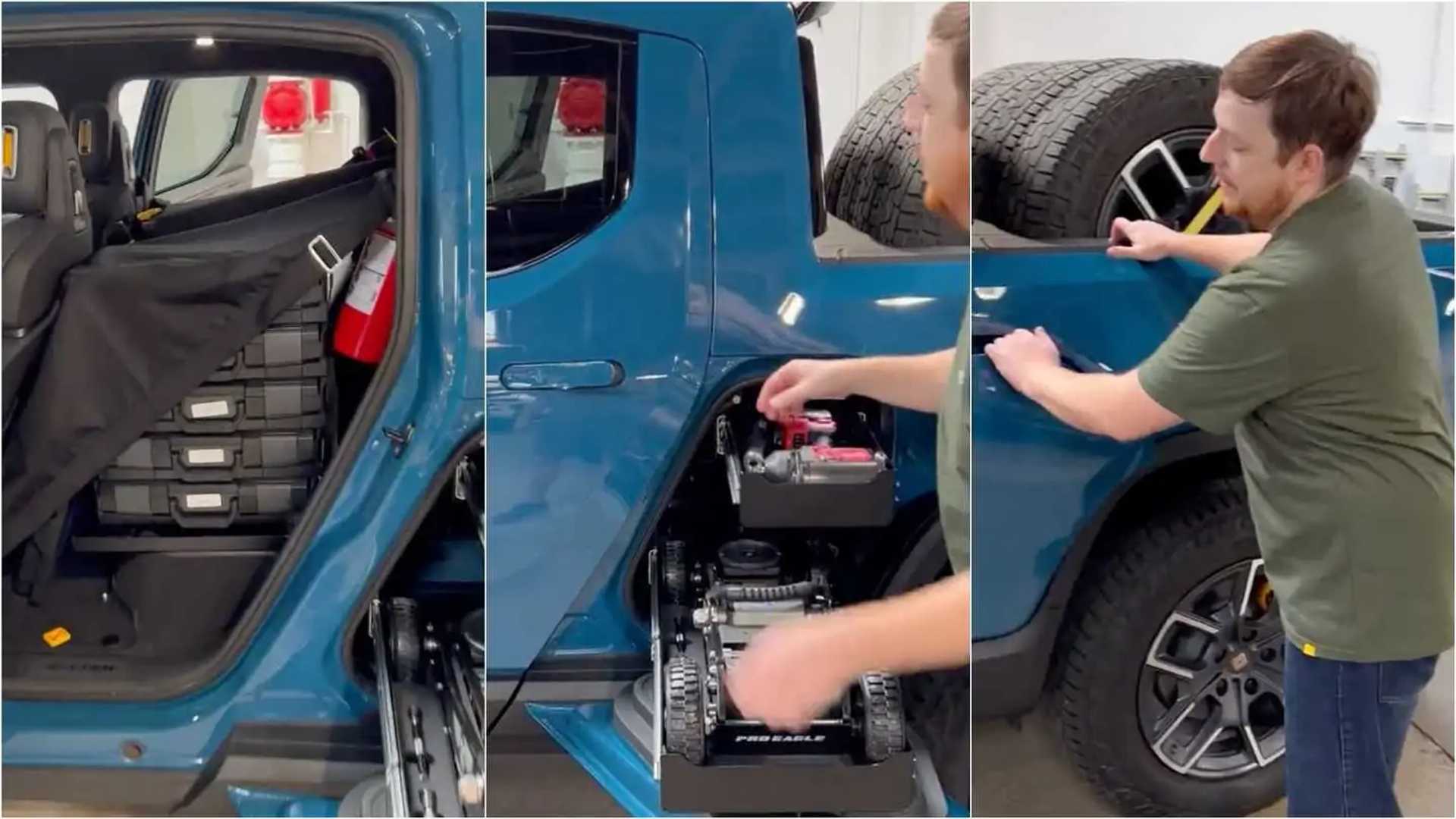 As Rivian ramps up production of the R1T, R1S, and EDV, the company obviously needs to step up its service game.

As with other electric vehicle startups, including Tesla, Rivian has several ways to service the vehicles it sells across the country: the traditional way via its service centers, via mobile service vehicles that can come to the owner wherever he is, and via over-the-air (OTA) software updates, depending on what needs to be done on the car.

Rivian Founder and CEO RJ Scaringe previews the company’s new electric vehicle service fleet in the latest video he posted to Twitter. Shot at the service center in Costa Mesa, California, the video reveals a small fleet of R1T and EDV service vehicles equipped with all the tools needed to repair Rivian electric vehicles.

RJ introduces viewers to Phil, who is the most appropriate person to talk about Rivian’s service vehicles as he led the development team behind them. It starts with the Rivian van, and it’s interesting to see it with a different paint scheme than Amazon uses.

As expected, the Electric Delivery Van is an ideal service vehicle, boasting tons of space for all sorts of diagnostic and repair tools, including wheel and tire equipment and a crane that allows technicians to lift heavy objects in and out of the van.

The video then introduces the R1T service truck, designed to reach customers even in the most remote locations, thanks to its off-road capability. Phil says Rivian tried to pack much of the same gear found inside the service van, using the electric truck bed (which has four spare wheels in this case), the tunnel of transmission and the rear seating area which has been converted into a cargo area.

We imagine Rivian also makes good use of the R1T’s frunk, although we don’t see it opening up in this video.