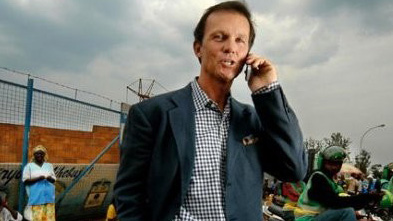 Africell has opened a new data center in Angola, after signing a new partnership with Angola Cables.

The company said the data center in Luanda, the capital of Angola, is housed in the Kings Tower building in the center of the city.

Africell Angola CEO Christopher Lundh (photo) said: “Africell is investing in technology that will provide Angola with faster, more affordable and more reliable digital connectivity than ever before.

He said the data center “exhibits unique technological features that have been designed in collaboration with world-class technology partners and built to the highest standards of efficiency, performance and resiliency.” The company has listed its suppliers as HP, Nokia, Dell and Oracle.

Africell’s investment in a data center is one of the last major investments for the telecommunications company ahead of the official launch of its mobile network in December, according to the Ecofin agency.

The data center will also benefit Angolan businesses by providing them with an open environment in which they can host, integrate and run their applications at low cost, Africell said.

The move to Angola follows Africell’s decision in September to shut down operations in Uganda, unlike Africa. He announced last month that Ugandan operations would cease on October 7.

He said: “Africell’s decision to leave Uganda is based on a careful assessment of the company’s long-term business prospects and its alignment with the group’s overall strategy to drive digital transformation in communities. that we serve.

Ian Paterson, chief investment officer of Africell Group, told reporters that “we are here. [in DRC] because we are in the process of considerably expanding our network, particularly in the east of the country. He said Africell would double the size of its network in DRC.